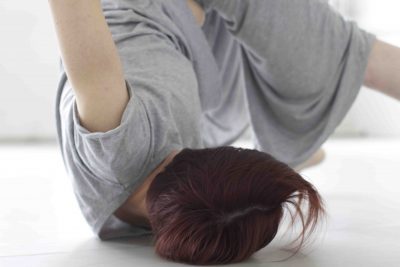 Over a 2 year period to I created materials, documented by video maker Tim Halliday and recorded in blog form, to reveal a NOMADIC DANCE IMPROVISATION PRACTICE in development. The blog is made of entries which document weekly improvisational tasks, alongside a series of ‘Articulating Improvisation’ pages which give contextual and philosophical ideas surrounding and emerging from this practice.

Developing an understanding of improvisation in/as nomadism has lead me into new thinking and refined my improvisational practice. Improvisation becomes, in this approach, a mode through which to (re)figure subjectivity and form connections to others in physical, spatial and temporal terms.

The blog places an emphasis on the development of fluid, shifting forms in and between bodies, creating an ethics of intersubjective engagements.

Starting in the centre of the body the torso, shoulders and pelvis, knees and elbows, cave in. Moving from one position to another in a constant process of mutation each position is realised out of the internal collapse of the previous one. Varying and changing without a pre-given purpose or goal, the enactment of becoming is revealed through time. But this enactment does not resolve or complete rather it continues in a state of flux.
(Midgelow, 2007, unpaginated)

Whilst much of the discourse of improvisation has pointed towards the qualities of presence and the importance of being ‘in the moment’, here I place an emphasis the experience of time and space in the practice of improvisation. A review of improvisation practices reveals a lexicon that is full of terms that are suggestive of journeys, flows, connectivities, metamorphosis and transformations. Such language, and the dance practices that draw upon/generate them, are suggestive of temporal, physical and geographical shifts and embody underlying nomadic themes.

I am here borrowing ideas from the feminist philosopher Rosie Braidotti who articulates a nomadism which, while evolving from observation of the nomadic lifestyle, it is not a literal nomadism. Rather Braidotti notes:

[T]he nomadism in question here refers to the kind of critical consciousness that resists settling into socially coded modes of thought and behavior. Not all nomads are world travelers; some of the greatest trips can take place without physically moving from ones habitat. It is the subversion of set conventions that defines the nomadic state, not the literal act of traveling. (1994a: 5)

For Braidotti the nomad’s identity and stability does not depend on the places she goes through, but on the symbolic home she carries along on the journey. Thus, the nomad does not stand for homelessness (i.e. complete detachment from all roots) nor “compulsive displacement” (with its attendant longing for home), but rather for “the kind of subject who has relinquished all idea, desire, or nostalgia for fixity”(p.22).

This kind of embodiment accords with mu values and experiences of improvisation, as she relinquishes the desire for fixity, celebrating instead movement processes that emphasise emergence, folding/unfolding and becoming. These nomadisms I suggest reflect particularized ways of knowing and being in dance and in the world, and through them we have the potential to refigure subjectivities and promote a connectedness to the changing body and to the bodies of others.

The blog unravels these ideas and works them out in practice, whilst the essay ‘Nomadism and Ethics’ considers the conceptual concerns in the work improvisers that have influenced my own work.

In this essay I draw on my own experiences of dancing and observing dance artists such as Eva Karczag, Miranda Tufnell, Nancy Stark Smith, William Forsythe and Kirstie Simson, and seek to reveal inherent nomadisms and consider the implications for ways of being and knowing. I might point for instance to dancer Eva Karczag who comments that, by being “available to constant flow and change, I can balance at the edge of the unknown and experience fearlessness” (Tufnell and Crickmay 48), or to Miranda Tufnell who asks that dancers “journey without a map” (Tufnell and Crickmay 111), or to the Contact Improvisation1 practice of Nancy Stark Smith. She describes contact improvisation jams as “an opportunity to speak this ‘common language’ across regional borders […] to play through familiar or new territory” (Koteen and Stark Smith 10). The language used by these dancers is suggestive of temporal, physical, and geographical terrains. These terrains, and the dances that generate them, embody underlying nomadic concepts. Further, reaching beyond the concerns of performance disciplines and their inherent emphasis upon the kinesthetic and compositional in aesthetic terms, the practices considered here also entail interactions that foreground ethical dimensions. Evoking particularized connectivities between people and spaces, the improvisations discussed in this essay promote non-violent, non-violating, structures. These structures, I will suggest, give substance to a nomadic ethics. 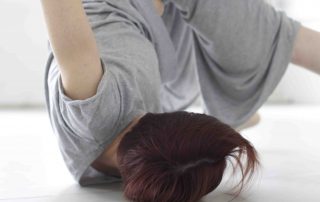 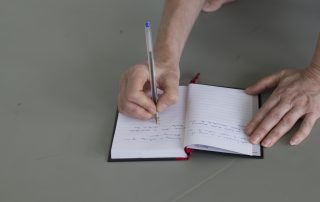 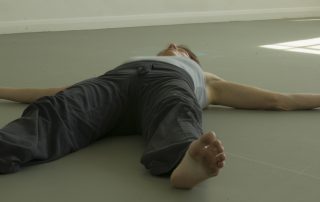 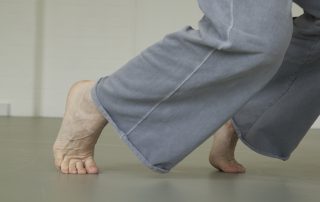 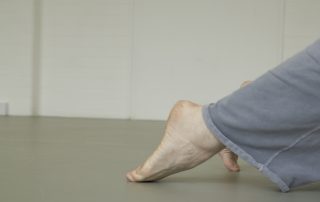 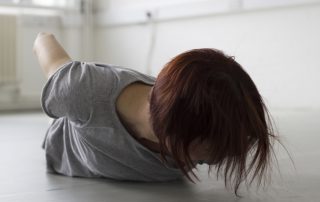 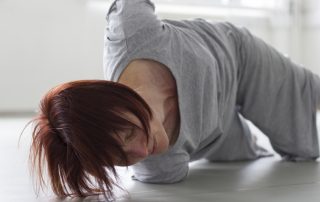 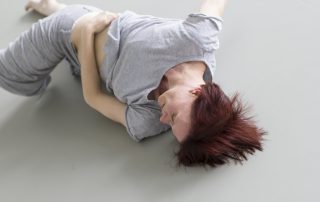