scorezer0 focuses upon explorations of task-based composition formulated as ‘scores’. Through this project, scores—collected from a wide number of contributors—have been interpreted and formed into video works and considered as a mode of performance making/articulating. 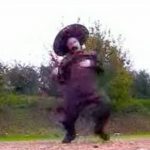 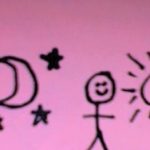 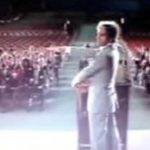 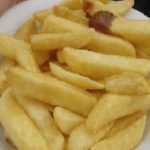 The foundations of this project lie in interdisciplinary performance, but ultimately in dance and theatre. The project began with writing, research and (improvisatory) practical investigations; finding out who uses scores in their practice (specifically ‘performance making’), how, and why, in order to compare, contrast and articulate what I do with my own work in process and production.

The activity involved asking for contributions from artists, scholars, and the public, as well as compositional scores of my own creation. It started as a simple – broad – exploration of this kind of practice and its location in my work (and the work of others), and led into a ‘production’ (support by ACE) where I could make some kind of outcome of the research and contributions. This stage is the most difficult to articulate, as it is an ongoing collaborative venture (as opposed to ‘performance’) but it has manifested itself in various guises; live improvisatory—work in progress—showings, workshops with ‘performance’ outcomes and most significantly: a long term film/video project.

A response to Jump Jump Fall Fall by Guy Dartnell – using one of the intertextual writing tasks developed in the project:

His bare feet and the shortness of his trousers and his bare midriff, put me in mind of a cabin boy on a galleo. He’s in a storm. Reminded me of Robert Lepage’s (spelling?) show Coriolanus, which was a live show done behind an open slit, letter box shaped that stretched across the stage, about the size of a cinamea screen (Cinemascope!) so that one had the impression of watching the action going on behind it as if in a film. Also made me think about the film I saw where the director had made some actors keeping jumping up in the air and then edited out all the parts where they come down to the ground again, so that in the final film the people stay perpetually in the air. This film is sort of the reverse of that because he keeps falling down, but for a moment when in his jumping he disappeared out of the screen I was reminded of this other film. I hoped or wondered that perhaps he would jump and that his feet would not reappear. Aware of breathing. Feels like he’s undergoing some kind of torture.

Robert Jude Daniels, dance and theatre performer and artistic director for firstperson and Bootworks Theatre Company, both have been producing and touring original and experimental physical theatre and street art since 1999. A graduate of University of Northampton; his solo work; playing with myself and score zer0 is supported by the Choreographic Lab and was funded by the Arts Council. Other work includes, collaborations with Jane Bacon (red leaf dance videos) on two entries for the Video Place, One Minute Wonder dance video competition (winners; 2000), premiered at cinemateket 2001 by the Danish film institute and Bodyworks 2001 festival in Melbourne. He is currently senior lecturer in Performance Arts at the University of Chichester.